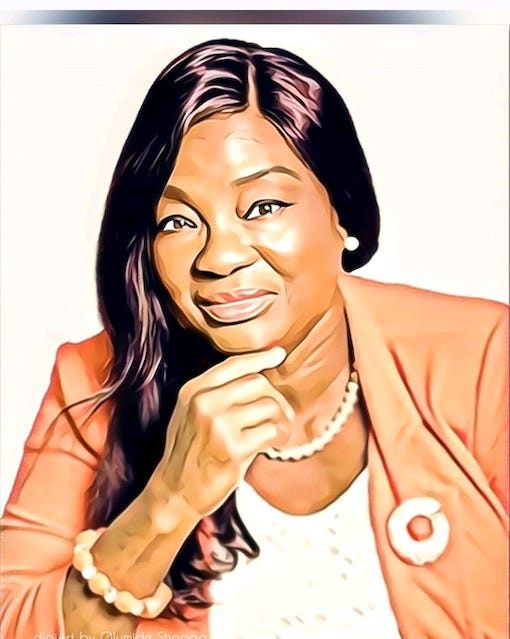 Comparing the Christology of John and The Synoptic Gospels (1)

I serialize the comparison of Christology of the book of John and the Synoptic Gospels into two articles (1 & 2). The first part is itemized A & B, and the second is itemized C – F. Christology means the doctrine of Christ or the study of Jesus Christ. The teaching about Jesus Christ lies at the heart of every Christian theology. It involves what we as Christians have to say about Jesus in contrast to what non-Christians or one who provisionally abstains from a final, personal decision might say about Jesus. Every Christian must understand Jesus, as that is appropriate to Jesus Himself.

In the history of humankind, no other person has had a profound impact more than Jesus Christ. Time and history measure events by His birth. Most religions attested to His greatness but believed He was just a great teacher, a good and moral man, but the Christians proclaim He is the incarnation of God that is God in the Flesh. Jesus, Himself asked this personal question in Matthew 22:42 – “What do you think about the Christ? Whose son is He?” N.I.V.

The central theme that runs throughout the four gospels is Jesus Christ. “Jesus Christ was fully God and fully man in one person, and will be so forever” The Scriptural material supporting this definition is extensive. I will compare the Christology of John and the Synoptic Gospels. I will comprehensively treat the Humanity of Christ and His Deity as written in the Synoptic Gospels, and John showing overlap, similarities, and differences, if any, and conclude with the synthesis of how their various conceptions can be held together in harmony. Life always precedes Literature, and the news was proclaimed before a scrap of Christian Literature existed. In the first Christian generation, roughly A.D. 30-60, there were no written Gospels; there was a Kerygma.

Kerygma, a Greek noun derived from the verb Keryssein means to do a herald’s work and a proclamation or preached message. A comparison of the Apostles’ speeches in Acts 2-10 with some passages in Paul’s letters where he is quoting early Christian’ tradition’ e.g. (Romans 1:3f; 1 Cor. 15: 3ff) yields an outline of the ‘proclamation,’ which formed the first good news. A reporter’s summary of it would have read:

The prophecies are fulfilled, and God’s new order has dawned; the Messiah, born of David’s line, has come. He is Jesus of Nazareth, the servant of the Lord, who went about doing good and healing by God’s power and was crucified according to God’s purpose. He was raised from the dead on the third day. He is now exalted to God’s right hand and will come in glory for judgment.

As the Kerygma spreads, Converts were flocking into the young churches; converts who needed instruction in the Christian Faith. The need for a written record of our Lord Jesus Christ began to be urgently felt, and with the need came the man. That man was John Mark the friend and the interpreter of Peter. He wrote in Rome the earliest Gospel about A.D. 65, just after Emperor Nero attacked the Christians. In the next thirty years, three other men, whom we know as Matthew, Luke, and John, were to follow his example.

A.  Christology Of The Synoptic Gospels

Matthew, Mark, and Luke, are commonly called ‘the Synoptic Gospels’ because they give a ‘synopsis,’ or familiar outline of the story of Jesus. In Matthew, he is named at the outset as Jesus Christ, a descendant of Abraham through David & his adoptive father, Joseph. Jesus was born through the action of God’s Spirit on Mary, a virgin who conceives without intercourse with a male human being. Consequently, He is God’s Son, and the prophecy of a child with the name ‘Emmanuel’ (God with us) is fulfilled in Him (Matt.1:23, Isa7:14).

Mark begins with Jesus’ adult life but declares in his opening verse that his concern is with the Gospel about Jesus Christ, the Son of God (Mark1:1). For Mark, Jesus is the Messiah. The story of Jesus’ encounter with John the Baptist, during which the Holy Spirit descended upon him visibly and symbolically, and a heavenly voice confirmed His identity as the Son of God, called to be his servant. Who is Jesus? The answer is summed up in the words of Peter, “You are the Christ (Mark 8:29).

There is remarkable parallelism existing among these three Gospels. “He said to the paralyzed man” as written in Matthew 9:6; Mark 2:10; Luke 5:24 is an example of the minute linguistic resemblances among the synoptic Gospels. Matthew proved that Jesus is the Messiah, the eternal King; Mark presented the person, work, and teachings of Jesus, and Luke presented an accurate account of the life of Christ and presented Christ as the perfect human and Savior. The Christology of the Synoptic Gospels has represented in the Humanity and Divinity of Christ, referred to as Christology.

The Humanity Of Christ

Scripture asserts that Jesus was conceived in the womb of His mother, Mary, by a miraculous work of the Holy Spirit and without a human father. (Matthew 1: 18-20, 24-25; Luke 1: 35). Scientifically, at conception, man and God came together. At Jesus’ conception, the reconciliation of man to God started. Typically in sex and through sex, the man joined God in the social continuum, but this was not the case with Jesus, for he was conceived without sex.

The doctrinal importance of the virgin birth is seen in 3 areas:

Jesus was our representative and obeyed us where Adam had failed and disobeyed. (Luke 4:1-13)

4. To Fulfil God’s Original Purpose For Man To Rule Over Creation:

Adam did not fulfill the purpose of God for man, for he fell into sin (Gen. 1:28). Jesus came as a man to obey God, thereby fulfilling the purpose to rule over creation on earth. (Matt. 28:18)

The Deity Of Christ

(1). Jesus Christ in the Synoptic Gospels was proclaimed fully divine. The word ‘incarnation’ refers to Jesus being God in human Flesh. “Lord” is used of Christ in what can only be understood as this old solid Testament sense. The Lord who is Yahweh or God Himself (Luke 2:11, 18; 1:43; Matt. 3:3). Jesus also identifies Himself as the Sovereign Lord of the Old Testament when He asks the Pharisees about Psalm 110:1 (Matt. 22:44).

(3). Jesus possessed Authority to forgive sins and to legislate over Sabbath – Mark 2:10, 28

(4). A redemptive purpose fulfilled in Jesus’ suffering, interpreting His death as the payment of a ransom on behalf of humanity – Mark 10:45

(5). Jesus was God of the Sabbath as exhibited by the Seven Sabbath miracles; five of which are recorded in the synoptic gospels:

Christ As Portrayed In The Synoptic Gospels:

B:    Christology Of John

John makes it abundantly clear that Jesus Christ is not just a man but also the eternal Son of God. Jesus is the light of the World because He offers to all humankind the gift of eternal life. John shows us that Jesus is unique as God’s Son and because He is God, Jesus lives forever. In the Gospel of John, Jesus is revealed in power and magnificence even before His Resurrection. John records eight specific signs or miracles of Jesus that show His power and love. John’s objective is a proper understanding of Christ, for eternal life depends on a correct relationship with Christ. John sets forth the significance of Christ by using the LOGOS doctrine; (John 1:1ff; 1 John 1:1; Rev. 19:13). He reveals the truth in the personal pre-existence and the incarnation of the Logos.

John asserted that the Logos was the agent of creation and not the ultimate source of creation; that is all the Word is, God is, but God is more than the Word. In John, with two exceptions (1:17); 17:3), Christ is used as a title, not a proper name. The Gospel was written not that people might believe in Jesus Christ but that they might believe that Jesus is the Christ. John reflected in his Gospel that Jesus is the Christ, the Messiah of the World, who is also the Son of God. (20:31; 1:49; 11:27).

John’s revelation of the two natures of Jesus Christ is:

Christology is all about Jesus Christ. Jesus’ name in Hebrew was “Yeshua,” which translates to English as Joshua. The concluding Part 2 is tomorrow, Sunday, August 21, 2022.